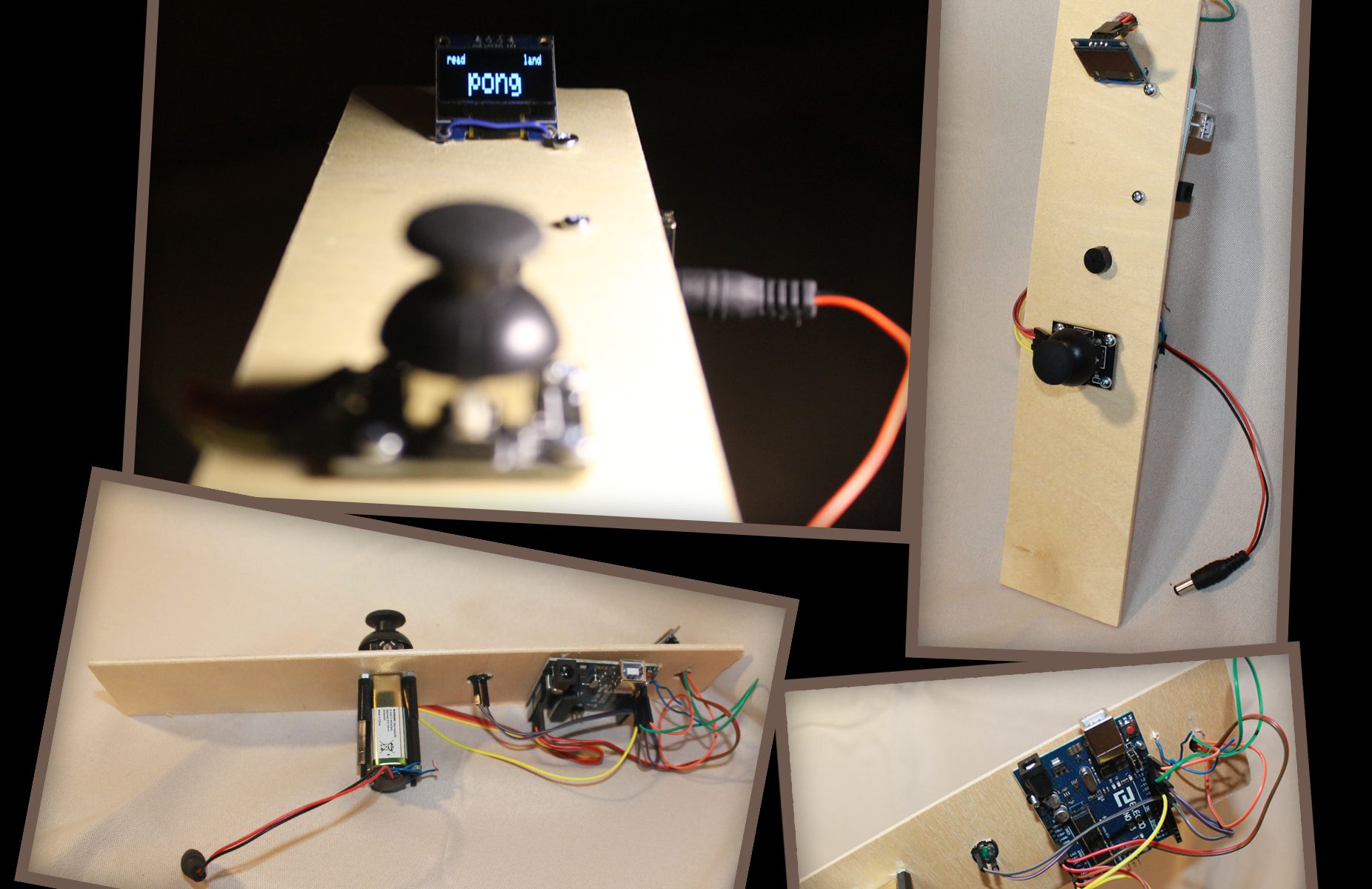 64k of memory is worth very little – in 2018.  I was curious how much gameplay you can squeeze into an Arduino Uno and dedicated a weekend into building possibly world’s shittiest gaming console: Meet Utopia.

Three “applications” on one console

It all started when I thought: Hey, why not make a Pong clone in Arduino? After implementing that, I noted that I had plenty of memory left, so I added a very basic Lander clone.

With still thousands of bytes unused, I decided it would be a shame not to include a shitty E-Book-Reader.

I soon learned that the remaining space would last for no more than two pages, but hey…it’s an E-Book-Reader.

A gaming console as shitty as that definitely deserves an equally shitty video ad:

Utopia is really easy to build. Here is what you need:

The following image illustrates the parts I used and the pins I connected:

Utopia is on Github. Feel free to download / modify the project as you like. If you manage to squeeze a fourth app into the Arduino Uno Memory, the citizens of Utopia will officially appoint you their new mayor.