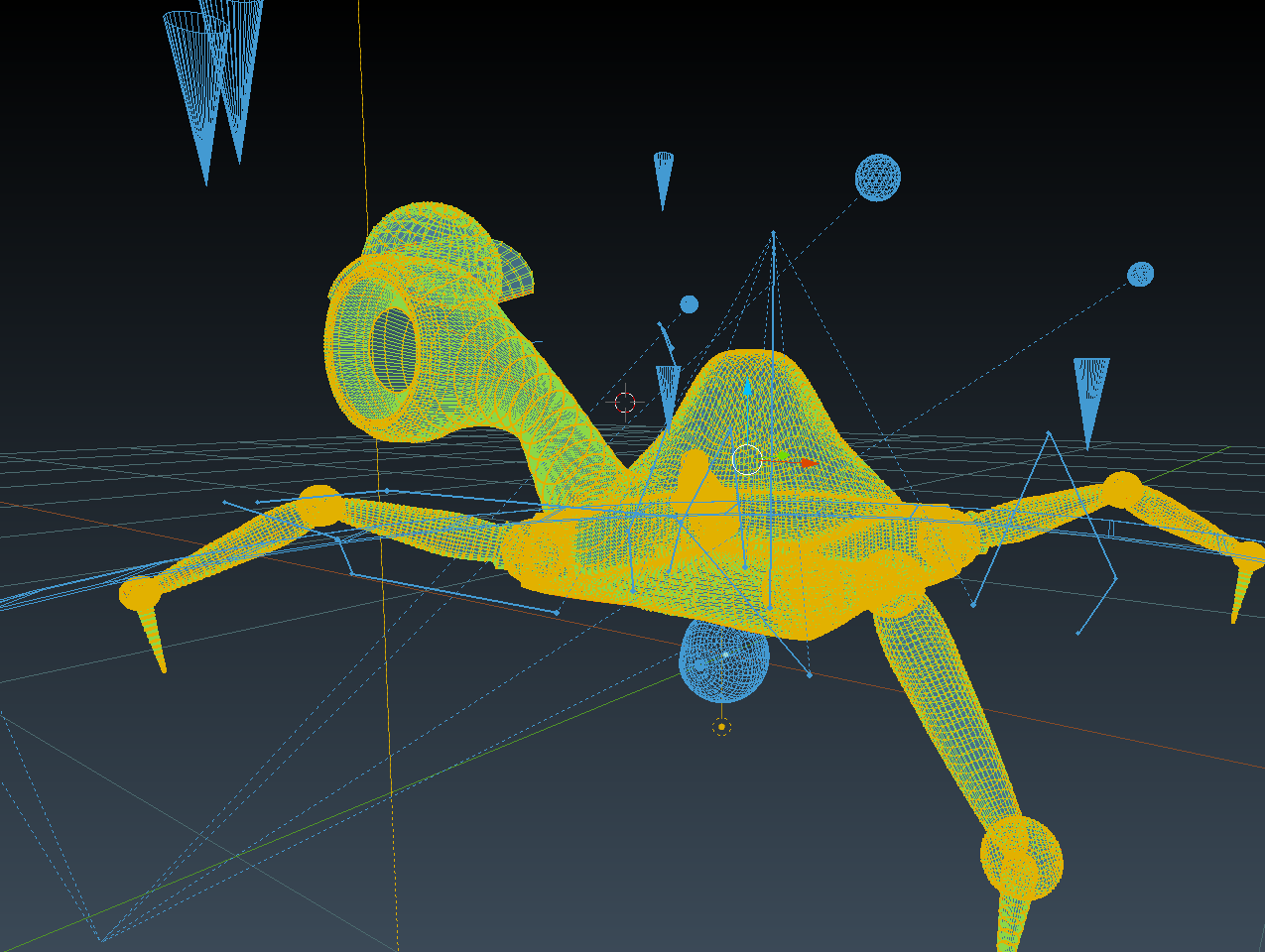 Those who are getting started with 3D modelling and / or whose budget is limited don’t get around at least taking a closer look at Blender.

Blender is free and open source, it has a large and active community, and with Cycles, it has some very powerful rendering capabilities. So far, so good.

Granted, Blender makes your brain freeze at first, with the counter-intuitive mouse button assignments and all that, well, peculiar Blender way of doing things… It took me about half a year to stop moving, deleting or duplicating vertices by accident on a regular basis.

But longtime Blender users will agree that at some point, Blender actually starts to feel kind of intuitive.

The key for me was when I started forcing myself to use keyboard shortcuts wherever I possibly could, eliminating clicking on menus and generally limiting the use of the mouse to little more than selecting.

For example: scale an object to half it’s width and depth, but do not scale it’s height would just be

– none of the above operations require use of the mouse –

This really does speed things up by a lot. So if you’re new to Blender, think of the commands as vocabulary that you just have to learn to properly express yourself.

Another example of what I like in Blender is the consistency of central commands like [g] grab or [s] scale…it doesn’t matter what you want to edit. You can treat vertices about the same way as object groups, animation keyframes, or even movie clips.

Unreal Engine 4 and The Pipeline

Blender actually comes with its own game engine, but to be honest, I never put any deeper look into it. Instead, I have been using UE4 since version 4.2. My previous game The Jovian also made use of Unreal.

I’m not saying UE4 is any better than Unity, CryEngine or any other game engine. Every engine comes with its own benefits, and it’s really about what kind of game you want to create and ultimately your personal taste.

One issue that really gave me headaches for a long time was the Blender-to-Unreal-Pipeline (basically a smooth setup for exporting fbx files from Blender and putting them to use in the Unreal game).

The Static meshes were not the problem – a little tedious e.g. in that you always needed to export two UV maps, but hey..

The real pain were skeletal meshes and animations. Bones used to show up in seemingly arbitrary positions after being imported into UE4, animations went craaazy, and it felt more like luck if an import succeeded for once. For months and months in ’14 and into ’15, there simply was no stable and working solution out there. There were great solutions like the Rigging Tools for Maya, but Blender users were becoming increasingly frustrated about Unreal.

But to be fair, things changed a lot in the last year or so. It is now actually very well possible set up your Blender machine with a smooth UE4 pipeline. Also, Unreal now sets up a second UV map (which is needed for lighting) automatically during import.

I have three operater presets in my Blender FBX export module that cover pretty much everything I want to export:

Having a setup that suits your needs really helps if you need to go back an forth between Blender and UE4.

You can download my fbx export settings here if you want (Blender version 2.76). Then find this folder on your hard drive:

and place the files there.

The operate presets should then show up automatically when you hit File->Export FBX:

As always: if you have questions, just ask!